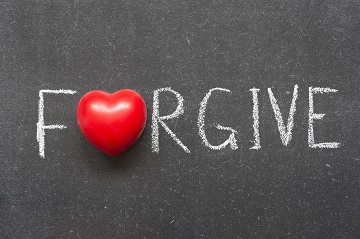 In an article for the Blog at the Huffington Post, relationship coach Jennifer Twardowski describes how guided meditation helped her forgive and get through recent difficulties in both her professional and personal relationships. When she realized that none of these realtionships could heal until she was able to put aside her own resentment, she turned to guided meditation for forgiveness. “[Meditation] had been treating me well for my overall well-being, and though I wasn’t sure how it was really going to help me with this whole resentment thing, I figured I’d try it out,” writes Twardowski.

During the meditation, Twardowski continued to feel the anger and resentment that was plaguing her relationships, but completed the meditation, feeling that she had at least taken the first steps toward forgiveness. She writes, “I didn’t even think about it again. I just dropped it all and went back to work.”

By opening her heart and being willing to release these slights, Twardowski healed her own resentment. That afternoon she was able to resolve many of the conflicts in which she had been involved, and upon encountering the people who had hurt her, she felt no resentment or anger. Guided meditation had helped her set an intention of forgiveness, and, having taken that first step, she was quickly able to forgive.  Twardowski writes, “it is through our intention that healing can occur.”

The Healing Waterfall can help you release anger and forgive with guided meditation and guided imagery.  Learn more here.