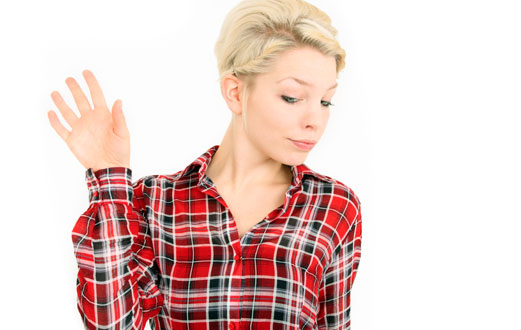 Although I’ve never been a member of AA, the 12-Step program called Alcoholics Anonymous, I’ve got opinions about it. Through my intuitive counseling practice and other venues I’ve been exposed to many people whose lives have been effected positively by AA. I also know a number of people who have connected with AA and quickly decided it wasn’t for them.

A while back I took a particular interest in AA, and wanted to learn more about it, so I did some research. Everything I learned made me feel more connected with the work, and more positive about it. And eventually I developed a series of guided meditation programs called 12-Step Guided Meditations, one for each of the 12 steps.

Today I’m going to talk more about why I like the 12-Step programs, in part because I think they are underappreciated, often most by many people who actually could benefit from them. For some reason I tend to be a champion of misunderstood causes, perhaps because I feel like I am one myself. Maybe I should look into that little corner of my own psyche and find out if it’s true. I think I’ll do that later.

First of all, the 12-Step meetings. The meetings are a big part of what these programs are about. The meetings offer peer support, a place for people to be with other people who share the same challenges. That’s a huge benefit for anyone trying to stay out of trouble. And by staying out of trouble, I mean not giving in to the addiction, whatever the addiction happens to be. We are social beings, and we naturally respond to peer pressure. So being in a group where the understood goal is staying out of trouble, just naturally helps. That’s why it’s called a support group.

But the meetings are all different. Every single chapter of AA (and what I say about AA really applies to any kind of 12-Step program) has a different sort of personality and culture, based on who’s there. Sure, they all follow a similar format, similar rules, etc. But there’s a good bit of room for variation, and the personalities in place in each group have a big effect on the way the meetings feel from one to another. So, if you’ve ever gone to a meeting, and decided it wasn’t for you based on that one meeting, you might want to go to some different meetings. Find one that feels more like home to you. Seriously. Just go to some different meetings and you’ll see what I’m talking about.

You can go to meetings, and even get a sponsor – a kind of peer supervisor for your own personal program – and not really have a strong commitment to doing the inner work that’s available to you in AA. That’s because it’s all up to each individual to work their own program. It’s not uncommon for someone to attend meetings for quite a while, and use them as a kind of support to simply stay out of trouble, but not really make deep changes within.

That’s OK too. It’s there to be used in any way that’s helpful, for as long as it helps. But there’s an opportunity for true life-change in 12-Step work, beyond just staying sober. Doing the level of work required for that takes an ongoing commitment lots of people don’t have at the beginning, and some never get to. It’s not easy work, the life changing stuff. It’s totally worth it, but it’s not easy.

From what I’ve learned, I get the impression that for people who are really committed to change, and ready to do some deep work, the groups called “Step Study Groups” are a good place to be. These are groups that put a serious focus on working through each of the 12 steps, supporting each other through the process. If you’ve been in AA a while, and feel like you need something deeper, you might want to check into “Step Study” groups in your area, and see if they offer you more.

There’s a fair amount of talk in AA about one’s Higher Power. That means God, or whatever else you want it to mean, but the idea is it’s something bigger than oneself. This is a key element, and it’s also one of the things that turn some people off about AA, usually people who are religion or spiritual averse. And using that as a reason to stay out of AA is one big way people who really need what AA offer shoot themselves in the foot.

Here’s why. The problem with addiction is that it takes over one’s operating system. And it tells the operating system that everything is under control, when it is not at all under control. It uses the ego to declare that we don’t need help from outside, no one really would understand us, we’re different from other people, and we don’t have a real problem anyway.

And it tells us that the whole God thing is just another way of trying to get control of us, and take away our unique individuality, perhaps the only thing about ourselves that we feel is worth anything. 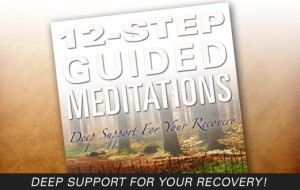 In other words, addiction uses the ego to keep us separate, and keep everyone else locked out. That includes anyone who might actually be able to help us. It’s an insidious thing, and can make us like a wild animal with a thorn who bites anyone who tries to help remove it. Addiction does stuff like that, like a virus with its own built in defenses. Think of it like something out of those Species movies, where something comes from beyond and takes over a host. It wants to survive, and will try to do so using whatever means necessary. That’s why if you’ve got an addiction, you’re in a pickle.

So some people get turned off by the higher power thing. But the whole business of “turning our lives over to a higher power”, and incidentally, it’s put in those terms to help make the concept more palatable to those of us who are turned off by the word God – that whole business of turning it over, is the very thing that opens the door to healing. Not in a hokey religious way, or a manipulative way. It opens the door because the belief that there is a power greater than ourselves that can help us is anathema to the ego, and to the addiction itself. It’s like kryptonite to addiction.

Once we allow in the notion that we can receive support from a higher source outside ourselves, or inside and outside of ourselves if you prefer, we can begin to let go of the insularity that supports the addictive process.

If that’s not convincing, let me put it this way. Suppose you’re addicted to drugs or alcohol and it’s destroying your life. And suppose you call yourself an atheist, or an agnostic, and you think people who believe in God are intellectual cripples. AA by the way doesn’t ask you to believe. It just asks you to be open to the idea of a higher power. And suppose you see or hear that AA has actually helped people gain freedom from their addiction, and get their life back. It’s a statistical fact that it has, by the way.

Which would you rather have: The smugness of your intellectual belief system, with a life ruined by addiction; or a clean and sober life of fulfillment, with a possible false belief, albeit one that was saving your butt? A spiritual teacher I once had used to say, if it works, use it. I actually think he might have gotten that from AA. If the notion of a higher power is keeping you from getting help in AA, you really need to just get over that and go to the meetings.

So anyway, those are a few of the things I wanted to convey about AA, and 12-Step programs in general. There’s a lot I don’t know about this subject, and there are lots of experts who know more. But perhaps there are a few people out there who are on the edge, and need to hear this. I hope it helps. The nearest chapter of AA is just a Google search away. If you need it, look it up, and save your life. Just do it. Go.

If you’re already part of a 12 Step program and want to deepen your experience, I invite you to check out my course, 12-Step Guided Meditations. You can also find the scripts for those meditation in my book, The Healing Waterfall, 100 Guided Imagery Scripts For Counselors, Healers & Clergy. Thanks for listening today.