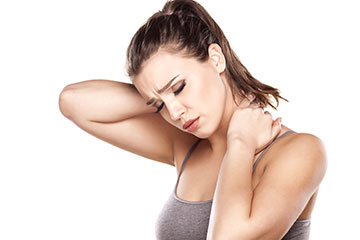 Researchers at Wake Forest Medical Center in North Carolina are confirming what centuries of folk medicine have suggested—that mindfulness meditation can reduce physical pain. Although almost all spiritual traditions use meditation to help deal with the corporeal world and physical ailments, there have been surprisingly few medical studies examining the uses of meditation for pain. The Wake Forest study published in The Journal of Neuroscience claims that just 20 minutes a day of meditation can reduce pain more effectively than traditional opioid painkillers.

For the study, 75 healthy adults with no history of chronic pain were randomly selected to one of four groups. One group participated in mindfulness meditation, another in “sham” or placebo meditation, and a third were given a placebo ointment of petroleum jelly. A fourth group was held as control. For the experiment, a probe was heated to a painful temperature (120⁰F) and pressed against participant’s skin as a brain scan was taken. The participants were then quizzed on their feelings and emotional reactions to the pain.

The group participating in mindfulness meditation and relaxation were 27-44% less reactive to the pain while the placebo groups showed only a 9-13% reduction in pain reaction. Morphine, one of the most powerful opioid painkillers available, reduces pain by only about 22%. This study indicates that meditation for pain reduction is significantly more effective than traditional painkillers, with none of the dangerous side effects.

Dr. Fadel Zuidan, head researcher on the Wake Forest study was very excited by the findings, telling the Daily Mail: “Based on our findings, we believe that as little as… 20 minute daily [meditation] sessions could enhance pain treatment in a clinical setting.”

Engage your mind-body connection to reduce your pain with this gentle program.