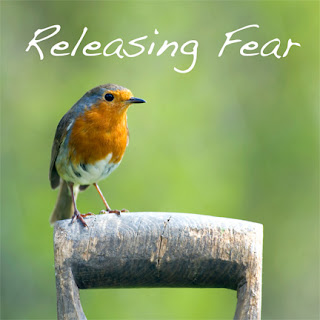 Fear accumulates within us, and we can contain it for a while, but one way or another it will eventually begin to surface. Here’s how to go about releasing fear.

When there is a large accumulation of fear inside, we have to devote considerable energy toward control, containment, defense, denial, masking, posing, barriers… all to keep others from discovering our vulnerability. It’s similar to the way a corrupt corporation behaves. All sorts of resource-sapping measures are taken to hide the truth, while it’s eating away at the company from the inside. Accumulated fear does that to us.

Hiding Fear From Others and Ourselves

But worse than what we do to hide our fear from others is what we do to avoid feeling it ourselves. In order to protect us from becoming paralyzed with fear, our system will work so insidiously at walling it off, that we don’t realize how much has accumulated. It will simply feel normal, until it can no longer be contained. That’s when we begin to have panic attacks, severe anxiety, and all sorts of compulsive behaviors. Then we start taking medication just to keep ourselves upright and moving forward, all in order to compensate for the fear accumulated inside.

How does fear accumulate? When we experience trauma — anything that frightens us, whether the cause is physical abuse, combat, emotional abuse, accident, loss, it doesn’t matter the cause — we split off from fear. In order to focus on simple survival, our system separates the fear out from our awareness, and it goes unconscious. The fear remains unprocessed within, waiting for resolution, and we’re left with an unconscious sense that we’re not safe.

Each time we experience trauma, more unresolved fear gets added on, until eventually we’re carrying so much that just maintaining it begins to be a full time job. It’s like weighing 300 pounds and needing to eat huge meals all the time, just to feel full. Fear accumulates like excess weight — and sometimes the two even go together.

Releasing Fear Is One Of The Best Things You Can Do

If you were to release your fear, there would be no need to try to avoid feeling it, masking it, or covering it up. All of the control issues would be unnecessary, because you would feel safe. How different would your outlook on your life be then? How would your relationships change? Well, it would certainly be worth finding out!

But how does one go about releasing fear? In a nutshell, to release the fear within, learn to become conscious of it and be present with it when it surfaces. It’s pretty simple, but it’s not easy, and it’s not quick. However, it is doable, and totally worth the effort.

I took all I know about releasing fear, and combined it with all I know about guided imagery, and put it all together in the program, Releasing Fear. I would encourage you to check it out, get it, and work with it very seriously. If you have an accumulation of fear within you, and use this program, your life will change dramatically for the better, and I think you will be very pleased with the results.