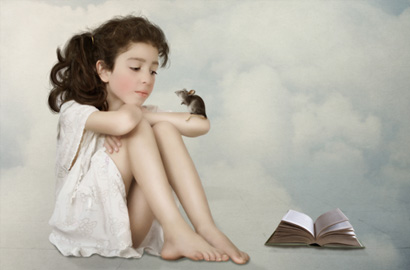 I’m going to recite a very old joke that my father used to tell:

A fine Jewish doctor had done very well in his practice for many years, and to reward himself, he went an bought a new Jaguar sports car. Maybe he felt a little Jewish guilt for spending so much money, so he went to the Rabbi of his orthodox synagogue, and said, Rabbi, I’d like you to make a blessing on my new Jaguar. The Rabbi said, “I know what a blessing is, but what’s a Jaguar?”

The doctor thought better of it, and went to a conservative Rabbi instead. The conservative Jews of course were much less strict in their practice, and more culturally attuned to modern times. Nevertheless, when he made the same request. this Rabbi had the same response: “I know what a blessing is, but what’s a Jaguar?”

But doctor didn’t get to be so successful by giving up. He went to the Rabbi of a reformed Jewish Synagogue. The reform Jewish movement was the most watered down version of Judaism. Who can say how much real Judaism was left in the Reform movement? The doctor said, “Rabbi, please make a blessing on my new Jaguar.” To which the reformed Rabbi responded, “Well, I know what a Jaguar is, but what’s a blessing?”

OK, so I know that’s not much of a joke, but, what is a blessing?

In the simplest terms, a blessing is an act that takes an object, person, or occasion, and sanctifies it or makes it holy. Examples include the blessing of wine and communion wafers in the Catholic Mass, or the blessing of bread or wine in the Jewish tradition.

The Eastern guru known as Amma blesses water in a ceremony called Devi Bhava. She also performs blessings on people’s jewelry, and even their pets. I don’t know if she’s ever blessed a Jaguar, but I’m sure she could.

A baptism, a wedding, and last rites are all forms of blessing or sanctification.

A long time ago when I was first learning about spirituality beyond religion, I had a reading with a sort of spiritual psychic chap. Among other things, he told me that I had the ability to place a blessing on things and imbuing them with spiritual energy.

I’ve been thinking about this a lot lately, because I’ve recently been engaged in the practice of making gem essences. If you’ve heard of flower essences, gem essences are similar.

In the process of making these essences, I do a ceremony in which I bless the space I’m working in, bless the materials, bless the process, and bless the final product. I should say that I’m inviting Spirit to bless these things, along with me. And when I say Spirit, I use that term to include God, my own soul, angels, ascended masters, and so on. I figure that if I’m going to make a blessing, I may as well get all the help I can. And I include myself in the mix, because after all, I’m a spirit too. I just happen to be the man on the ground at this point in time.

So, what’s going through my mind as I make these blessings? I’m mostly praying that the essence will be helpful to whomever receives it. So that blessing I make now, will be activated and received when someone opens the bottle, at some point in the future. The blessed object becomes like a time capsule of love.

Now to me, this very real – a very real part of my own experience, and the act of blessing fills me with love and happiness. Over the past few months, I feel as though I’ve become a more open vessel for love, pouring directly through my heart. In fact, I often do hold the materials in front of my heart while doing the blessing, and can feel my heart opening as I do. I can even fell my heart opening as I’m telling you about it now. 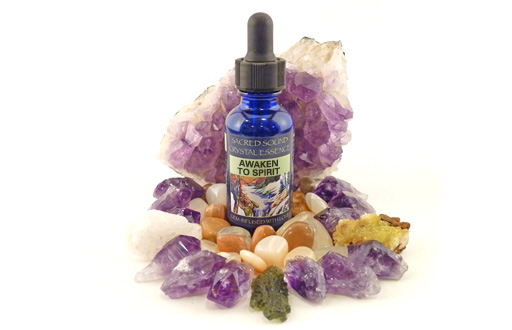 And I can tell you that I would much rather receive a gift, or a meal, or anything really, that has been blessed with love from the person who made it.

How about buying produce from a farmer who blessed the soil and the water, and the crops? Or how about receiving a meal from a waiter who blesses the food on the way from the kitchen to my table. I’d definitely prefer that kind of nutrition to something delivered by people who don’t care.

You don’t have to be a rabbi, or a priest, to do a blessing. Bless your home by going from room to room and filling it with gratitude. Bless your food with thanks. Bless your relationships by giving others your unconditional love. Bless your next meeting before you walk in, and ask for love and support from on high. It will make a difference. If nothing else, it will open your heart, and that in turn can have a positive effect on everyone else.

So, go ahead. Bless everything. We can all use your blessing. I recommend it.

You can find all of my work, including guided meditations, courses, music, and gem essences, all at The Healing Waterfall dot com. Thanks for listening.