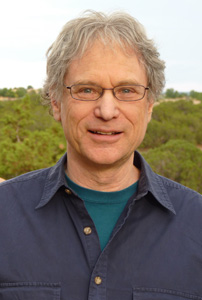 His influential program, The Healing Waterfall, was developed in 1985 and became a best seller in distribution through more than 1500 stores nation-wide. Today it remains one of the most popular guided imagery programs ever recorded. The Healing Waterfall won About.com’s 2012 Reader’s Choice Award for Best Meditation Tool, more than 25 years after it was first released, a testament to its timeless appeal. In 2016 he published his book, The Healing Waterfall: 100 Guided Imagery Scripts for Counselors, Healers, & Clergy.

Today at The Healing Waterfall

Max Highstein has authored all of the programs offered here, covering topics including wellness, intuition, personal growth, spirituality and more. He has also authored a number of courses on intuition and spiritual growth, including Intuition Retreat, Open Your Spiritual Heart With Saint Francis, and others. Intuition Retreat was developed as both a physical package and an online course download, and was the very first course offered by the popular DailyOm.com website.

Drawing upon 40 years of study and training in psychology, spirituality, and the intuitive arts, Max Highstein maintains an active practice offering personal sessions and workshops for Intuitive Guidance, Personal Growth, and Spiritual Support. He often incorporates spontaneously composed guided meditations to help clients explore their inner landscape, release the past, and access higher energies and information. Many of the more recent titles offered here began as ideas used in his practice. Read more about Max Highstein’s intuitive counseling practice…

In addition to guided imagery, Max Highstein enjoys a successful parallel career as a music artist. After composing the music for his first guided imagery programs, he turned his attention to writing music that would stand well on its own. An accomplished pianist with a background in jazz, pop, and classical music, his first two albums featured his keyboard playing along with woodwinds, strings, and percussion. He brought in a number of top Los Angeles session players to play written parts as well as improvise.

The result was two CDs — Touch The Sky, and Stars — that included some of the most heavily played music over a several year period on New Adult Contemporary Radio of the time. Both CDs are still in distribution and receive frequent airplay internationally. The song Full Circle from Touch the Sky has been a theme song for the spiritual teacher and channel Esther Hicks and Abraham.

Max Highstein has gone on to compose a number of other popular music CDs including music for meditation and music for massage and healing. Titles include Path of The Heart, Intuition, Sacred Journeys and many others.

Max Highstein’s Flight Plans was a 2009 vocal album that was nominated for 7 New Mexico Music Awards, and won 2. His groundbreaking instrumental albums, Flying Not Falling, and Gratitunes, have been highly lauded, won Global Music Awards, and have been featured heavily on world music, jazz, and new age radio stations internationally.